Tags for Demand For Spanish Courses Is Increasing Rapidly Among Students In India. And Why?

Demand For Spanish Courses Is Increasing Rapidly Among Students In India. And Why?

Spanish is the most popular language which is being taught in every corner of the world. In India, the demand for learning Spanish is increasing rapidly among the students. In addition to the highly-paid jobs in the global market, there are many more benefits after the Spanish language in India. 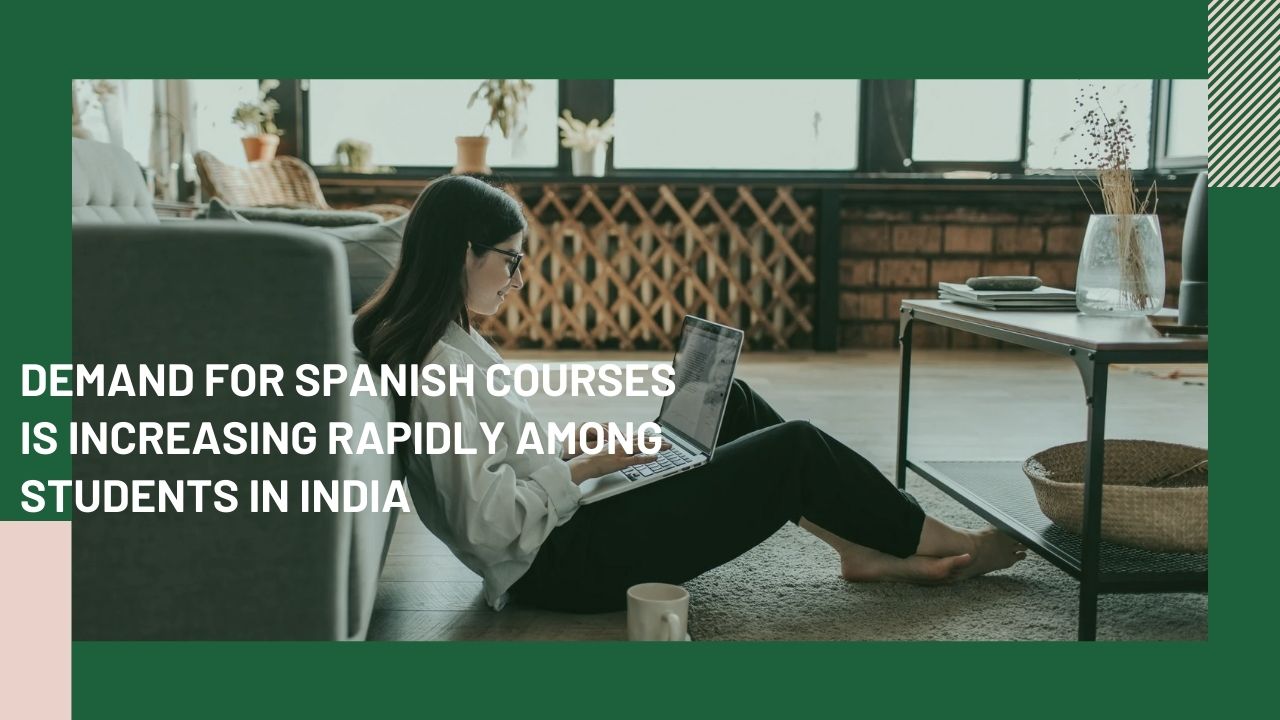 Now the question comes to the mind- Why Spanish?

Did you know that the number of Spanish speakers is higher than English?

However, English is the most popular language in the United States, it positions as number 3 worldwide. Mandarin drives the route as the most widely recognized language on the planet with Spanish coming in at number 2.

Around 572 million people speak Spanish across the world. Around 400 million of them are native speakers.

If you are planning to a foreign language, then the Spanish language can prove to be a good option for you. Although it takes time to learn any foreign language, if talk about Spanish, then it is much easier than other languages. Knowing the French is not only good in terms of getting the smart salary package but can bring you a lot of other benefits as well.

Let us know the advantages of learning Spanish-

Spain is the most favorite destination for students when it comes to studying in a foreign country. Every year, more than 5,000 students enroll in top universities, institutes, or business schools in Spain. Thus, Spain is widely known for higher education. Universities, institutes, and business schools in Spain offer advanced study environment and standard of education to students from different countries. These educational institutions offer courses in various fields such as Management, Technology, Science, Culture, Art, etc.

Speaking Spanish also opens the doors of study in the United States.

As per the various reports, bilingual speakers are more creative than people who only speak one language.

According to a study by the National Institutes of Health, people who speak more than one language are better at switching between tasks than those who speak only one language.

Recent research on bilingualism has found that speaking more than language can improve your brainpower and increase your analytical skills. Being bilingual can provide new career opportunities, improve your personal life and even lead to better health.

Spain positioned third as the most visited county in the world. The language makes you able to explore the Spanish culture and rich history, including those outside Spain like Peru, Ecuador, Colombia, Argentina, Mexico, and then some.

Spanish is a delightful language, and there are various Spanish histories that will surely amaze you. You can possibly understand them if you have deep knowledge of this language.

The Spanish language offers you an abundance of rich and astonishing literature in conventional and present-day workmanship—including music and film.

With the knowledge of the Spanish language, you can easily find a job with a smart salary package that you might not have had access to before. There are a number of jobs in India and foreign countries that require basic proficiency in the Spanish language. In this hyper-connected world, the more individuals that you can speak with, the more valuable you are as an employee.

There are various career opportunities in the various domains in India such as tourism, hospitality, foreign services, translation, interpretation, Spanish tutor, journalism, Health, banking & finance, etc., for which proficiency in spoken and written Spanish can be a valuable asset.

Author For Demand For Spanish Courses Is Increasing Rapidly Among Students In India. And Why?